Ahli United Bank B.S.C. (“AUB” or the “Bank”) was established as a bank in Bahrain on 31 May 2000 following a merger between The United Bank of Kuwait PLC (“UBK”) and Al-Ahli Commercial Bank B.S.C. (“ACB”) pursuant to which UBK and ACB each became wholly owned subsidiaries of AUB. The Bank operates under a retail banking license issued by the Central Bank of Bahrain (“CBB”).

The Bank is continuously assessing and seeking to expand in the GCC and to acquire complementary banking platforms in identified secondary markets in the Middle East and North Africa (“MENA”) region in order to act as a preferred regional and international intermediary for its clients. AUB Group’s diverse geographical footprint provides a conduit to tapping cross border business and investment flows within the MENA region. The AUB Group’s presence in the United Kingdom services the need of its Gulf clients in UK.

AUB’s strong performance over the years has earned it a string of prestigious awards, including:

• “Best Bank in Bahrain (2017)”, for the twelfth consecutive year from Euromoney

In additional to above regional and country awards, AUB has won many product and process specific awards including:

• “STP Award” from Commerzbank AG, for operational efficiency in processing funds transfers and international transactions in Euro, for the seventh consecutive year

Solutions to optimize your cash flows. 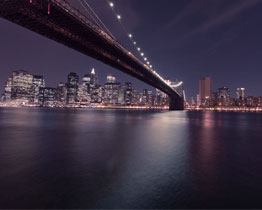